Allow me to introduce myself

by apologizing;
I did not intend to become a writer. Being persuaded to be one is closer to the truth. Also, this introduction is probably breaking several ‘writerly-type website’ rules about first pages. But I think they lied. I don’t think there are rules at all. And what are they going to do about it anyway.
But, what do I have to say?
My best work typically doesn’t feel like my own, not because I copied it, or stole it (though in the writing world that’s sometimes unavoidable), but because when you tap into something greater than yourself, the work itself takes on meanings you had no power or influence over. It also involves the voices and minds of other people, real people, not the imagined ones walking around in fictional worlds in my mind.
And speaking of ‘borrowing’ words, I’ll take from Constantin Brancusi

“That which we call abstract is the most realistic, because what is real is not the exterior but the idea, the essence of things.”

When writing, it’s all about pursuing truth, creating a web of fiction, only to peel it all back in a gradual grand unveiling of a certain truth or idea we want communicated.
I find that fascinating, the constant dance between truth, beauty and mystery. The essence of things, the way they appear or how we perceive them, and then the adventure of discovering their depths. From the perspective of the creator/creative, the journey to begin the story can start with any one of those elements, often feeling like a shell game, rearranging themes, or just plain rearranging words on a page…
and to borrow from another author, Vickie Karp:

“When we read we start at the beginning and continue until we reach the end. When we write, we start in the middle and fight our way out.”

It would be easy to get philosophical about writing, the journey into solitude for self discovery whilst exploring truth, which is of course apart from us… but then I’m grateful that my talent is not my own, that God owns the breath in my lungs. He led me to this point, and He is without doubt the best starting and end point.

If we’re going to tap into something greater than ourselves in creating art, then it’s best to learn from the best - the Creator of it all.
Many will say that writing helps them decipher their own thoughts, and this is true. That it even aids in discovering our purpose, which is also true, it does help. But when looking for the purpose of an object or design though, you must refer to the designer/Creator for instruction. The art however, is only the beginning, only the medium through which you work, the window you create to peer at something deeper, sometimes intangible, which sometimes cannot be communicated with just words. Art is alluding to something. When you make art the endgame, you’re flirting with the superficial. It’s sort of the difference between simply playing a musical Instrument, to making music.
So that’s where I’m at. That place where words often fail, finding the bridge between this world and the next, peering at the truth in all this beautiful decay before our eyes, which so often distracts us, and in our weakness, we allow ourselves to be satisfied by it, these temporal things. Though they and we are fading, there are sure things which we can cling onto. It’s up to us. We choose whether or not to investigate them or not, to test their integrity, in our journey in figuring out why we are able to contemplate our own existence.
All that being said, I will end this intro with a confession;
I confess, I am a writer, and that means I may be a little unhinged, a little socially awkward… and a bunch of other clichés as I confront the reality that I have willingly taken up this endless challenge
of going to war with myself, the lesser parts of me, to die to myself. Because it’s not about me or my name, or my happiness even, it’s about letting God help himself to me, to reach others. Though I would’ve done this regardless, so the “writer” label is just something I can tell people, a category for the world to put me in…
Pride… the root of all evil.
I’m a regular weak and selfish guy with a pen and paper, punching keys on a keyboard, thinking about a lot of things… and apparently the world found a name for that kind of thing. Some words may be spoken or written, and win or lose in these battles, since God leads the charge, since He’s the one who gave me these tools, my bones, my blood, the air in my lungs; the words which leak out onto the (page) may actually be of substance. And if that substance resonates with you, know that when I wrote them, I was not alone, and can scarcely take the credit. And know that the mistakes (and there will be) are as a result of me getting in the way of the process, being an obstruction with all my inadequacies. But that even though my efforts may go awry at times, they were at the very least noble. I either give too much, or nothing at all.
Yes, I did not arrive at being a writer by intent, but now that I am one, I’ll be one on purpose –by telling stories that have already been told, and saying what has already been said many times before me, but maybe you haven’t heard it yet.

*All photos by Steven Benjamin, unless otherwise stated...

Stay up to date with my blog 'Writing with a Cape', or my other film blog 'A Cape in the kan'

Steven is a member of the Renaissance Foundation, as from the end of 2012 he was welcomed into the organization as an African Renaissance youth writer. 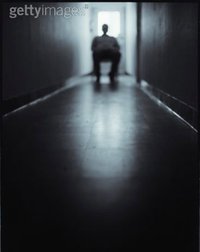 As of yet, my debut Novel "PEACEKEEPER" is still in the editing phase. However, to keep track of its progress you can visit my Facebook webpage PEACEKEEPER. Of course these things take time, so patience will need to be exercised by all wanting to read this amazing work by a brilliant new writer, ahem, myself!
- Just a note on this image, I received a lot of positive feedback about it, though I must confess, as the watermark states, it is not mine...
© Copyright 2014 Steven Benjamin. All Rights Reserved
Powered by